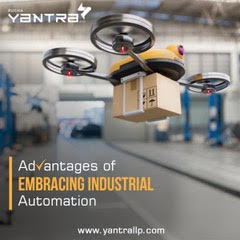 Hey there, hope you liked our last piece that introduced the world of Industrial Automation. Having seen how it evolved and why we need it, let’s now get to know the various advantages it brings to the table.

Automation is the way of the future, where there is a healthy collaboration between robots, artificial intelligence, and uniquely human skills. And leading firms around the globe are no stranger to the true potential of industrial automation. The global industrial automation market is forecasted to reach USD 395.09 billion by 2029, and irrespective of the industry, automation is already emerging as a critical component for scalable growth.

Contrary to popular belief, industrial automation does not hamper employee morale. Automating mundane or dangerous tasks opens up new avenues for more creative jobs for humans. Hence, only 17% of organizations adopting Robotic Process Automation have reported resistance from employees. The majority of the workforce sees it as a benefit.

Automation tools allow you to set up everything beforehand and then move on to whatever else you need to do until the appropriate time. This way, your entire business is better organized and more capable of handling unforeseen disruptions. Yes, you can do periodic checks to ensure everything is running smoothly, but the chances are negligible that any part of the process goes awry. Essentially, automation allows your tasks to run on autopilot.

With automation, productivity is facilitated by workstations connected via transfer lines. Each workstation can be assigned a specific production process. Robotic process automation essentially mimics human actions but with a level of precision previously unforeseen.

Robots can also be used on factory floors to handle raw materials, operating systems, clean equipment, etc. Take the automobile industry, for instance: auto components are systematically shaped in a range of press working stations. The parts are then brought together in a single place for robots to organize them per the vehicle’s design. It would hardly be a stretch to state that the efficiency level introduced to the automobile industry is exponentially higher thanks to automation.

The quality and consistency of your 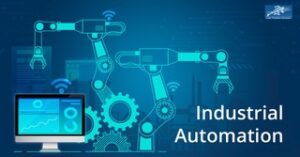 output are determined by two main factors: accuracy and repeatability. It’s no simple task ensuring that your metering remains consistent over time; this is where automation tools step in as the solution.

A sound automation system facilitates a system whereby you can continually monitor your tasks and work dynamically towards the highest level of quality and consistency.

One of the greatest transformations that took place in workplaces because of automation is the safety of workers. Using robots to load and unload materials, transfer machine parts, and perform more dangerous tasks, has sparked a monumental shift in how operations are carried out. Workers need not get too close to the assembly lines any longer, allowing for safer activities.

Thermal sensors are employed to monitor temperatures in the production area continually. So, when a spike occurs, sensors immediately send an alert and enable the proper action to be taken to ensure the safety of everyone on the factory floor.

Allows You To Focus on Other Areas of Business

Previously, to minimize the possibility of errors and ensure everything operates smoothly, even business owners would sometimes have to oversee levels of daily operation that should be taken care of by subordinates.

This isn’t an issue of inefficient management – instead, it is an issue of limitations that arise when tools and technologies do not meet the numerous needs of the business. With automation, there was a complete transformation in how industries are run. Considering the accuracy with which daily operations and processes can be handled today, why would a top-level manager need to worry about the nitty-gritty. Entrepreneurs and managers need to focus on the bigger picture, and that’s precisely what automation has allowed us to do today.

With Automation in Place, Your Business Operates Like a Well-Oiled Machine

As we’ve seen above, the vision of robots taking over jobs stands in stark contrast to the far brighter reality that automation brings to life. Your business is only ever as strong as its weakest area, so it is imperative to zoom in on it and strengthen it. With automation in place, you can focus on your core business area while sophisticated tools and technologies lend accuracy to your daily operations.

Stay tuned to Rucha Yantra’s Knowledge Corner as we continue our series on Industrial Automation.