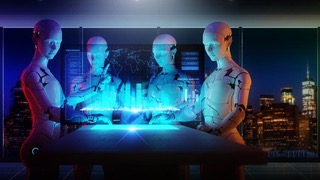 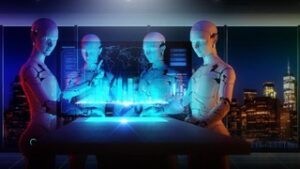 The world is changing at breakneck speed. The original premise of the world as we know it changed dramatically with the advent of the internet in the early 2000s. Since then, technological revolutions have been unrecognizably altering the fabric of our everyday reality. Now, humanity stands at the inflection point of another civilizational revolution that comes in the avatar of the Metaverse.

Metaverse as a gaming concept and phenomenon has existed and thrived since the 90s, but information on the same was limited to a tiny gaming sub-culture clique. It is only now that the Metaverse idea is acquiring more significant social currency. And the theme’s future looks gloriously bright. We know that because some of the biggest names in the tech space have been deploying a sizable kitty from their R&D budgets to groom and develop this brave, new world. Google, Microsoft, Apple, Nvidia, Adobe, and many other companies are placing heavy bets on the Metaverse, becoming the latest personal and professional interactive platform of the future.

Convergence of Robotics and Metaverse

Do you want to see the view from the top of the Eiffel Tower while sitting in the comfort of your own home? Ever felt like hitting the beaches of Ibiza and dancing your heart out from your study room? Ever felt like walking a stretch of the Great Wall of China while being in your courtyard?

These wishes might sound like outright fantasies, but the promise of Metaverse overlapping with robotics is such that all of this will become commonplace technology in the coming decades. The first step in transforming this fantasy into reality was recently showcased in Genova in Italy. At the 17th International Architecture Exhibition’s Italian Pavilion, researchers from the Italian Institute of Technology unveiled the iCub3 avatar system.

The invention has two players: the first one is a robot and 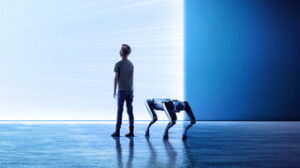 No end to new use cases of tomorrow

This marks the first time a humanoid robot has been employed on behalf of a human. The tantalizing avenues of remote tourism that the iCub3 opens up are only the tip of a new iceberg. An exciting new world with its incredible and mind-bending market opportunities beckons!

In another use case in the urban mobility segment, auto manufacturing giant Hyundai shared its Metamobility concept at a conference. Under the meta mobility aegis, the company envisions a  blurring of “extended robotic technologies like AI and autonomous driving.” With this concept, Hyundai is drawing attention to a future where robots will serve as a conduit between real and virtual worlds, which is to say that robots and AI-powered will run our vehicles. Add to this utopian vision the next big idea of the Mobility of Things will engender a world where driverless cars will facilitate human transportation.

But that isn’t all! The marriage of Metaverse and robotics is also breaking into new grounds with a foray into intuitive surgery. This kind of surgery involves robots executing the movements of doctors sitting far away from the operation theatre. A combination of surgery-adaptive robots, artificial intelligence, and augmented reality is ushering in tomorrow’s radical new medical landscape.

Metaverse still has a long way to go to become as omnipresent in our lives as the internet. However, once the concept starts gaining ground commercially, its exponential rise is a foregone conclusion. Just like the internet, it will seep in deeply and disrupt- for the better- the way the world operates.

Stay tuned to our Knowledge Corner as we, next, delve into the fast-developing world of Warehouse Robotics.