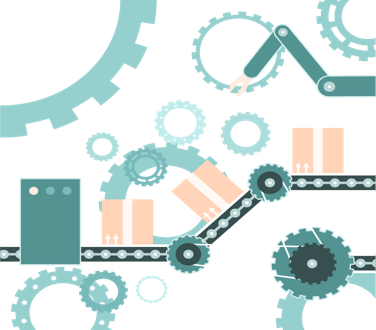 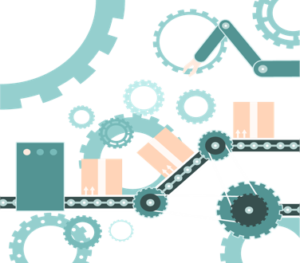 Until now, our focus was on various material handling technics used widely across the globe. We also saw the issues faced by companies while deploying these technics, labor and safety being the two topmost concerns. In fact, we dedicated our previous article “Safety in Material Handling” completely to address the issue of safety in current material handling practices, which largely involve manual labor. In order to reduce the risks and improve efficiency, industries all over the world are searching for better means of material handling. No doubt, most of them are settling over Autonomous Material Handling as an advanced and better option.

You would agree that the whole world is going crazy over autonomous systems. These are being used in manufacturing, transportation, food industry and even hospitals. Want to know what this fuss is all about? This article will surely let you an insight on the topic, but we will limit our scope only up to autonomous systems used in material handling, which is most relevant to us.

For the sake of simplicity, we have divided autonomous systems into two categories and we will look into each one individually.

Although these immobile systems are better than manual handling, the biggest issue with them is being fixed to a particular place. Moving the whole assembly is stupendously expensive and takes painstaking efforts. It also blocks a considerable space on the shop floor practically rendering it useless for other purposes, even when the machinery is not being used.

As we have already seen, there are countless advantages of autonomous material handling over manual handling. It improves the efficiency as well as productivity by speeding up the transportation process and reducing the losses. There is minimum damage to the products because of the improved accuracy. It is safer as compared to manual handling, which is by far the most important gain of autonomous handling. All these factors contribute to lower the cost of production, which is the ultimate goal of both, the companies as well as customers.

Can you think of any other improvements and value adds of autonomous handling systems? Do give your opinions in our comments section below. You can also write your views about our articles and feel free to suggest any improvements.